What is Chronic Lyme Disease?

Chronic Lyme disease is initially introduced to the body by different strains and species of Borrelia bacteria, most often, Borrelia burgdorferi. It is often named, “The Great Imitator”, because its symptoms have been known to mimic hundreds of other illnesses.

Due to the wide variety of symptoms that it can cause, many doctors dismiss chronic, ongoing Lyme as a true disease. At the Biologix Center, this is never the case. The reality is that every system in the body can become damaged as a result of Lyme disease and therefore every system must be addressed before health can be restored. We recognize that our patients’ symptoms are very real, which is why we commit to using everything available to us to promote true healing.

The Phelix Borrelia-Phage test is the most sensitive lab test for Borrelia infection, whether newly acquired, chronic infection, or to detect live bacteria even after aggressive antibiotic treatments. The following recommendations apply regardless of what type of Borrelia test your doctor is going to use.

What are the symptoms of Chronic Lyme Disease?

Lyme disease does not affect any two people in the exact same way. Even when a person is living a seemingly symptom-free, healthy life, there are always underlying issues and weaknesses that are made worse by physical and emotional challenges in life. These weaknesses are what dictate which symptoms are manifested in each unique patient’s body.  Some patients may experience one severe symptom, while others may experience over fifty major symptoms, even when both groups test highly positive for LD on blood tests.

The reality is that any underlying immune, endocrine, genetic/epigenetic, and other bioregulatory dysfunctions, as well as any unresolved physical, mental, or emotional issues will be manifested physically or psychologically as the body loses its ability to control overgrowth of the Borrelia and other co-infections associated with Lyme disease. These unique underlying dysfunctions, combined with the Borrelia’s ability to suppress the immune system even further, are the reasons why LD can create so many diverse symptoms. Some of the more common symptoms include:

The non-rash symptoms are often described as a “summertime flu.” Some people may notice areas of numbness or tingling.

Once the infection spreads beyond the skin, it can affect any system of the body, causing many symptoms including:

If you are suffering from any of these symptoms or any additional symptoms not listed here, please contact us. We can help return your body to its natural rhythms. Request your patient packet today!

Once a person is diagnosed with Lyme disease, medical doctors treat the symptoms with antibiotics for two to four weeks. However, it is well-known within the medical community that antibiotics will only kill up to 85% of any targeted bacteria, leaving the remaining 15% mutated and antibiotic resistant. These antibiotic resistant bacteria may be responsible for persistent symptoms lasting many years, and are potentially more destructive than the original strain of bacteria.

Lyme disease patients present conventional medical doctors with more of a challenge, since antibiotics are the conventional doctor’s only solution. No one treatment method has been found to be successful for the vast majority of patients. “Cure” is often arbitrarily claimed after a set duration of antibiotics, whether or not the patient’s symptoms are actually gone, leaving many patients to wonder why they are not feeling better or often why they are feeling much worse. According to the National Institute of Allergy and Infectious Diseases, continued use of antibiotic treatment after the initial four weeks can cause even further complications.

This comes as no surprise to those of us at the Biologix Center.

How does the Biologix Center treat Chronic Lyme Disease?

While the prevailing medical thought is to first and foremost, kill any and all harmful bacteria regardless of how a treatment method makes a patient feel, the Biologix Center believes in treating the body in its entirety, and training the body to control its response to these infections naturally. There are thousands of types of bacteria within the human biome (the bacteria that are common in the human body). Hundreds of these bacteria would be considered potentially disease causing,  and yet the healthy body controls these bacteria easily. Therefore, we have determined that it is not the absence or annihilation of bacteria that creates health, nor is it purely the presence of bacteria that creates disease. It is the breakdown of the body’s own regulations that enable the overgrowth of various types of bacteria, and therefore disease.

Using tests such as Biospectroscopic Emission Sequence Testing (BEST), developed at the Biologix Center over 20 years ago by Dr. David A. Jernigan, D.C., we can eliminate much of the guesswork in doctoring. Our doctors focus on restoring the body’s proper regulation of bacteria overgrowth through precise, real-time testing and treatments that work through natural means to optimize each patient’s response to their specific bacteria. Unlike conventional blood tests that are merely a snapshot of a patient’s blood on the day it was drawn, our technology provides far more insight into the root causes of a patient’s symptoms as well as treatment options that are surely compatible with his or her body.

Every system of the body is interconnected and interdependent, meaning that each system must be addressed in order for the body to achieve control over the various microbes that cause its symptoms. To attend to these many issues, BRS, along with other of Dr. Jernigan’s exclusive, scientifically-based technologies such as Neurophotonic Therapy, Neurocardial Synchronization, and Fractal Frequency Modulation will be used to restore the optimum functional integrity of the body.

For further insight into our treatment of chronic Lyme symptoms at the Biologix Center, please visit our blog.

If you’d like more information on becoming a patient at the Biologix Center, please request your patient info packet now!

Want to learn more about our unique, all-inclusive clinical program?

Develop a personal relationship with your doctor as he or she applies the best of every healing technique we have to offer to your unique case in multiple, one-on-one treatment sessions.

Our initiative has resulted in thousands of success stories and we look forward to adding yours! 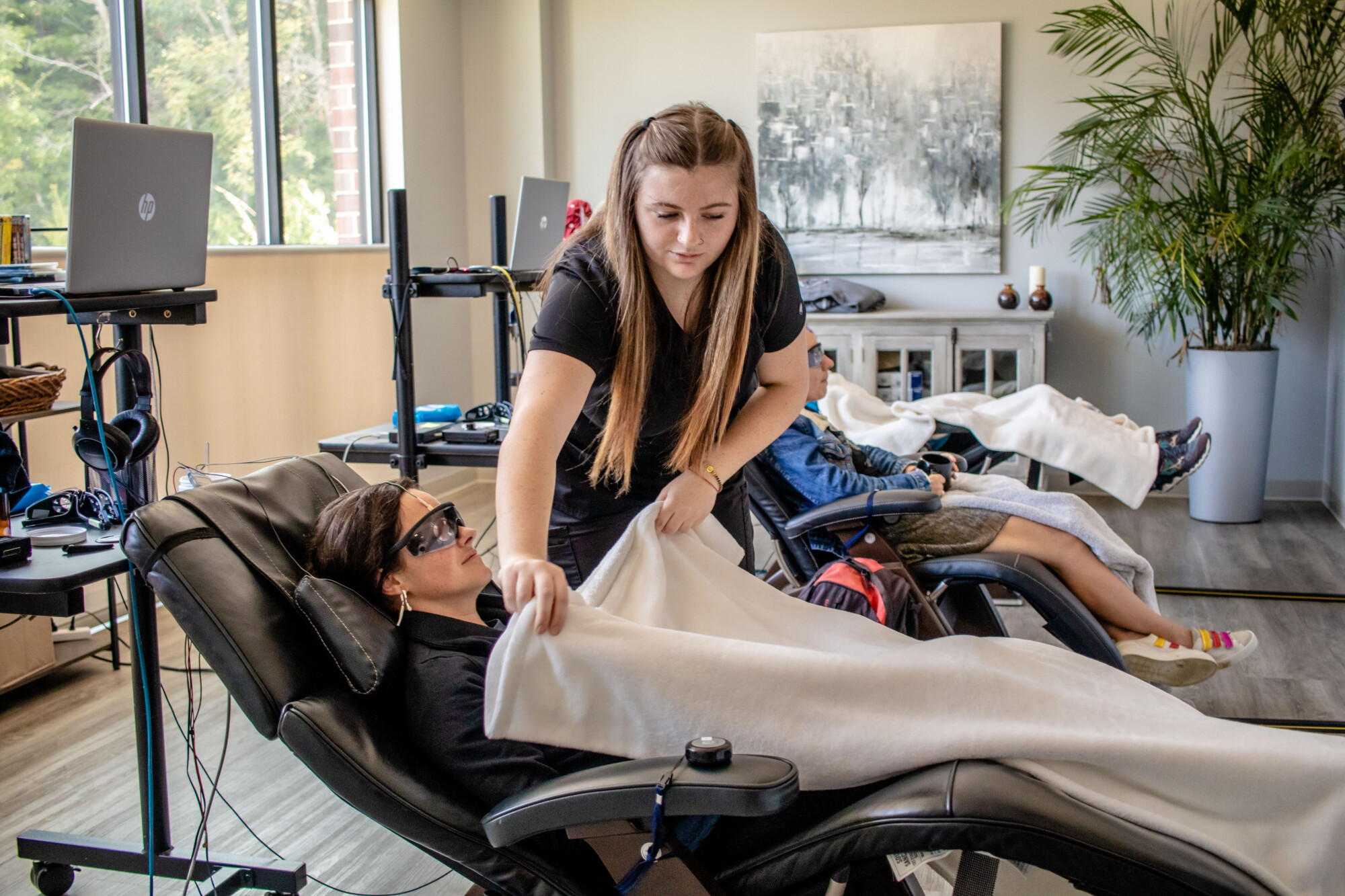