Okay, you have done the DNA tests and found out you have mutations on many different SNPs, such as MTHFR, CBS, and several others. You are freaking out that you are permanently sick now…but are you really? Are you really stuck with the genetic mutations that you have inherited or have acquired in your lifetime from microbial interference, radiation, and toxins from your environment?

There is much disagreement among clinical doctors who are in practice, and bench scientists who like to represent that genetic problems such as MTHFR and CBS are unchangeable conditions. Finally there is research from the bench scientists that seems to support the idea that you may not be stuck with the illness from these mutations!

Clinical doctors, such as those at the Biologix Center for Optimum Health, are using this newly released science in new ways and often see dramatic improvements in people who according to bench science and mainstream medicine say should never improve due to genetic mutations.

While happy patients does not qualify as scientific fact, there may be an explanation for these improvements found in our doctor’s utilization of the latest knowledge of how genes can be turned on and off, and even repaired, by treatments that seek to restore the body’s regulation of the 4 million gene switches that were identified by scientists in what is called the ENCODE Project.

Okay stay with me and read to the end of the article. If may seem a little technical, but push through, because the more you know, the better you can understand what is possible.

—Pamela Scherer McLeod, writing for “Clinical Laboratory and Pathology News and Trends” states, “The big news is that researchers participating in the ENCODE Project have identified up to 4 million critical “gene switches.” The switches reside on the 80% of human DNA that has long been considered “junk.” (emphasis added)

“On September 5, 2013, prestigious scientific journals published a coordinated set of multiple papers and reviews announcing the discoveries, according to a National Human Genome Research Institute (NHGRI) press release. Almost 40 papers associated with the ENCODE research appeared in print, almost simultaneously. That unusual event is, in itself, a sign of the importance of these new scientific findings.

The findings are the outcome of a mammoth federal research project called ENCODE, an acronym of the Encyclopedia of DNA Elements. NHGRI, part of the National Institutes of Health (NIH), launched the project in 2003. The concerted effort involved 440 scientists from 32 laboratories around the world.

The ENCODE findings surprised researchers in two ways. First, they were surprised to find that at least 80% of the DNA is in fact active and needed. Second, they did not expect that a large proportion of this “junk” DNA is gene switches. “[Before ENCODE,] if you had said half of the genome—and probably more—has instructions for turning genes on and off, I don’t think people would have believed you,” observed John Stamatoyannopoulos, M.D., Associate Professor of Genome Sciences and Medicine at the University of Washington, in a story published in The New York Times. Stamatoyannopoulos participated in the ENCODE project.

The scientific community already considers the ENCODE discoveries a major medical and scientific breakthrough with enormous implications, the Times reported. The data showed that many complex diseases appear to be caused by minute changes in hundreds of gene switches.

“Most of the changes that affect disease don’t lie in the genes themselves,” explained Michael Snyder, Ph. D., Professor and Chair of Genetics at Stanford University, in the Times story. “[T]hey lie in the switches.” Snyder is Director of the Stanford Center for Genomics and Personalized Medicine and worked on the ENCODE project.” (emphasis added)

Once again, happy, apparently healthy patients, who had chronic problems from gene expression problems and gene mutations do not qualify as true scientific proof that gene expression has changed. The only valid proof is to repeat the set of genetic tests post-treatment and see the problems no longer present.

Of course, no doctor normally would ever repeat a genetic test since the now outdated knowledge has been so deeply ingrained with the idea that your genetic mutations are permanent. Now possibly, once you have been treated and seem to have sustained improvement, it might be worth doing a followup DNA test to see if the mutations have changed!

The doctors at the Biologix Center are presently working with genetic laboratories to determine if the treatments can be documented scientifically through treatment and repeat analysis of the classical genetic testing methods. The idea is to affect the structure and function of the body’s SNPs by targeting know mutations, such as MTHFR, through bioenergetically modifying the signals being transmitted biophotonically from the heart to these genetic switches. Some doctors will say, “All you have to do is treat the whole person, think nice thoughts, take this or that protocol of supplements, just do their version of energy medicine or machine.” I guarantee you, none of these holistic approaches have resulted in one change to the actual SNP mutations. Others will say, I am only treating the SNPs and missing the whole person. Hear me now…if a mutation is to be repaired at all it will require a new and fundamental shift in how the entire person is treated.

No one knows yet how long this takes to get the switches to flip, or exactly how to affect the structure and function of the body in a consistent way, since everyone comes with their own unique “software” and their own and family history of traumas, and illness.

The only way to effect the whole of the body is to treat with the idea of correcting everything we can find that has gone wrong from head to toe, from the inside out, and the outside in. That is why our doctors are working fast and furious for at least an hour everyday for two weeks to address and facilitate the restoration of the most optimum structure and function of every possible problem we can find.

What is clear is that if we can document and reproduce ways to flip the right gene switches, the lights will turn on and health will follow, which is good news to all of those people who thought they were just stuck with their condition.

*Note: I recommend the Nutrigenomic Methylation Pathway Analysis to test for mutations in your metabolic and detox pathways. (The following link is the test I recommend: http://www.holisticheal.com/health-tests/nutrigenomic-testing The results of this report will come with more detailed health information with your DNA test than the 23&me test. 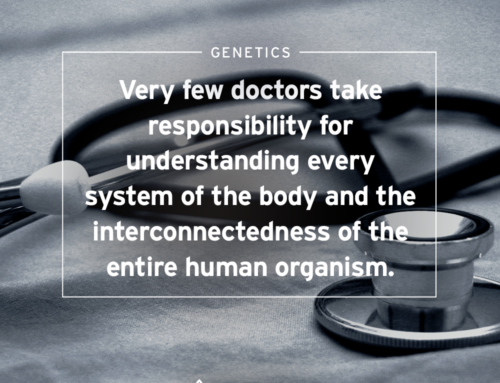 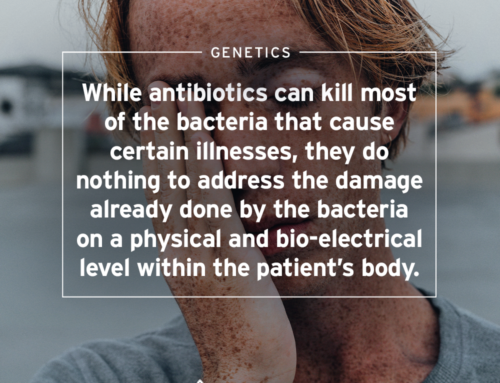 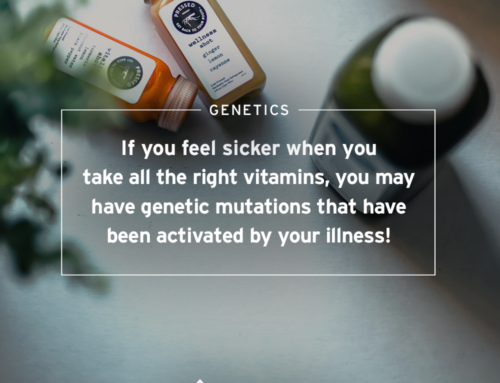 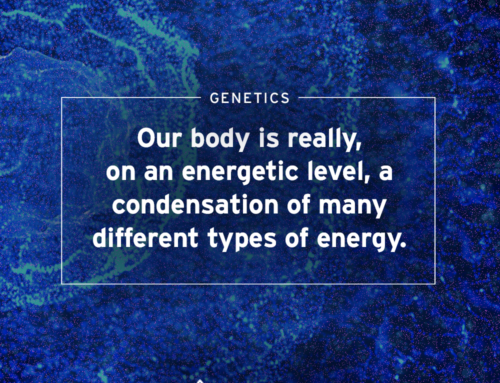